According to current models of Star Nuclear Fusion our Sun is estimated to have a 10-billion year total lifetime of which we are about half way through.  In another 5 billion years it will have consumed most of the hydrogen it was endowed with at birth fusing it into helium.  The resulting helium will then begin to fuse into carbon, oxygen and nitrogen.  Those reactions are much more energetic and will bloat up the Sun into a red Giant with a strong solar wind that will envelope the solar system in a “Planetary Nebula.”  The ultimate fate of the Sun will be to eject most of its mass and expose the nuclear reactor at its core as a carbon-oxygen white dwarf.

Twice the Mass, One-Tenth the Lifetime

Early in the 20th Century, the Harvard Computers (a group of women hired to do computations for Harvard Observatory, also known as Pickering’s Harem) invented and refined the Harvard Spectral Class scale still in use today.  The scale classified spectra of the stars and discovered that the O-type stars are the most massive with the shortest lifetimes.  Only about 20,000 O-Type stars still exist in the Milky Way due to their very short lifetimes.  The M-type are the smallest stars with mass of about 10% solar and lifetimes of 10-trillion years. About 70% of the Milky Way is composed of long lived red dwarf stars.  Our Sun is G-Type with a 10-million year life. 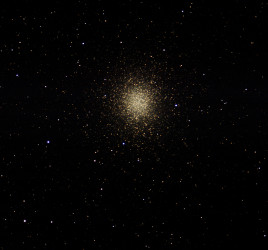