Seeing familiar shapes in clouds is termed Pareidolia.  Since mankind first looked skyward, astronomers have been creating familiar patterns out of random groups of stars as Constellations.  Telescopes reveal vistas of randomness that scream for human interpretation.  Faces, animals, and familiar man-made devices emerge.  Here are a few examples:

Each observer can interpret the random patterns based on their past experiences and memories.  There are widely known nicknames that are used as shorthand for objects.  Rather than using a cryptic catalog number, many objects are recalled by their widely recognized Pareidolia designations.

There is no correct one designation and each culture may differ.  But, a few historical designations have been accepted for so long that they have become the default name of an object.  For example, the Horsehead Nebula.  No other designation has outlasted or superseded it.  The correct and hard to remember designation is B33 Dark Nebula silhouetted by IC434 Bright Emission Nebula.

Narrower fields of view of an object can totally change the appearance and inspire a new name.  For example, the Pillars of Creation image by Hubble Space Telescope is actually a small part of the larger Eagle Nebula, M16.  The Hourglass Nebula is a tiny part of M8, the Lagoon Nebula. 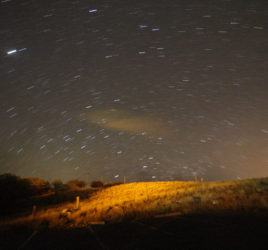